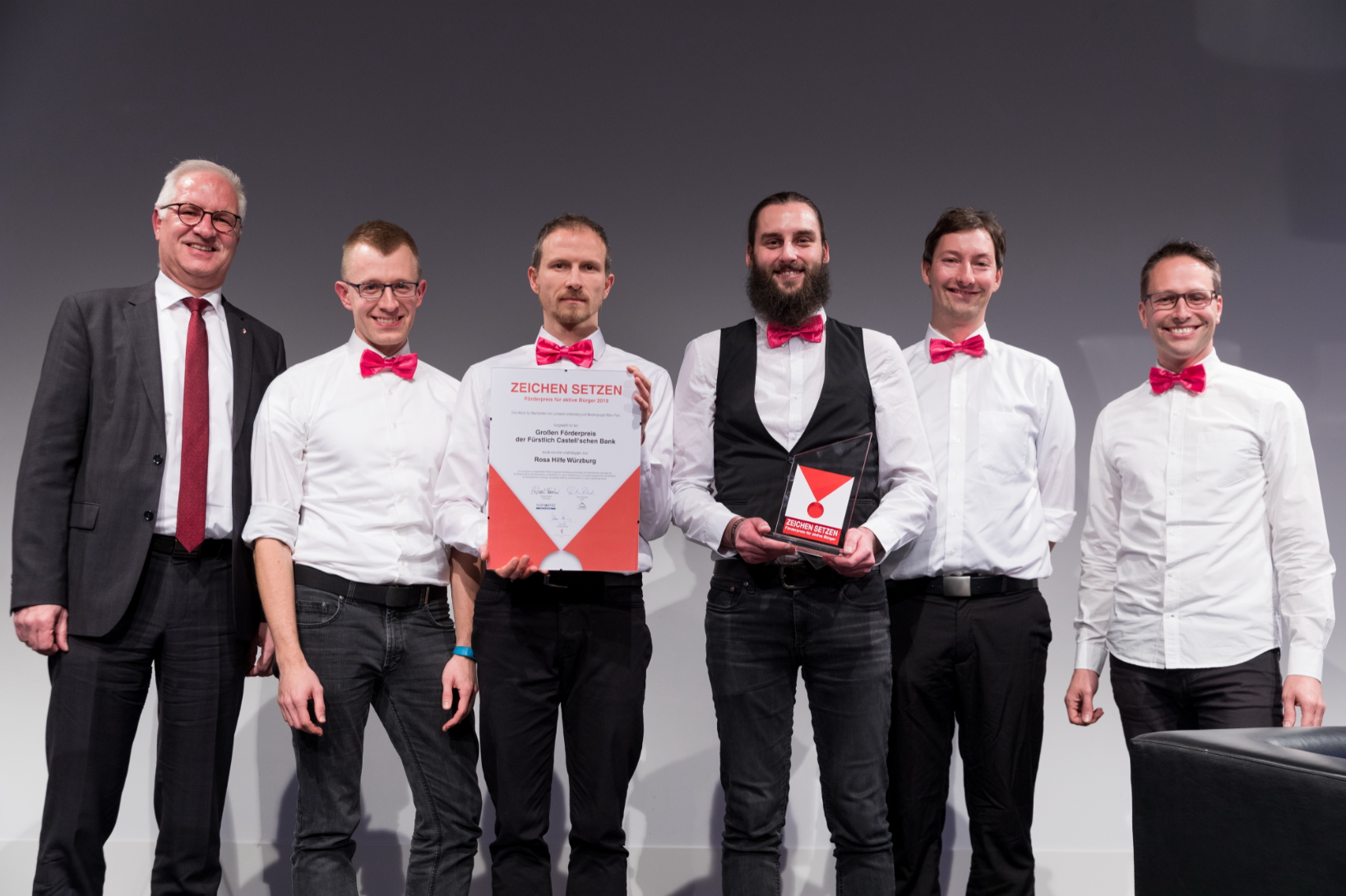 This year, we won the 2019 “Zeichen setzen” sponsorship award from the Main-Post media group, supported by the adult Erwachsenenbildungshaus Lernwerk Volkersberg.

Since 2003, voluntary civic commitment has been honoured once a year in Main-Franconia with the promotional prize “Set a sign! The prize is awarded by the Main-Post media group, supported by the Erwachsenenbildungshaus Lernwerk Volkersberg.

Every citizen can propose individuals or groups who make an important contribution to the common good. In other words, people who step into the breach where it is necessary because the federal, state or local authorities can no longer help. Or where help has never been given before, but now needs have arisen. For the initiators, it is important that the presentation of committed people with a series in the newspaper and the concluding honorary evening is the initial spark.

In this way, the “Zeichen setzen” award becomes a tribute to exemplary civic initiatives, but also to convincing approaches in the work of clubs, associations, citizens’ movements and individuals. All the achievements presented and awarded should be an incentive and become a model for new initiatives.

On November 29, 2019 the award ceremony took place at the Vogel Convention Center (VCC) in Wuerzburg. We were awarded as the winner of the sponsorship prize.

In this context we had the opportunity to present our commitment and work in a video:

In the Mainpost article the campaign ZEICHEN SETZEN and the prize winners were presented:

We would like to take this opportunity to thank the Main-Post for the picture series.

Here are a few own impressions of the event: