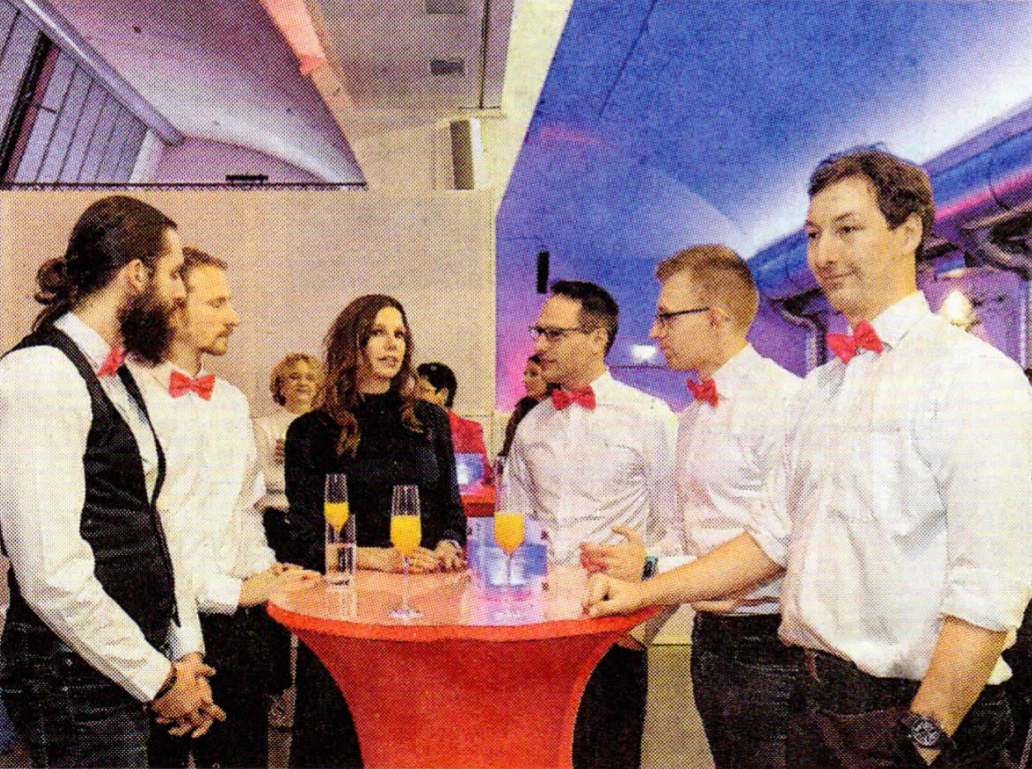 Wuerzburg The need for advice and help is obviously great among homosexuals in Lower Franconia. At least this is the experience of the nine volunteer advisors of Rosa Hilfe Wuerzburg. Constantly 350 to 400 men seek help there every year, by telephone or e-mail. For this commitment, the active members of Rosa Hilfe receive this year’s Grand Prize of Aktion Ziechen setzen. It amounts to 3000 Euro and is donated by the Fürstlich Castell`schen Bank. Aktion Zeichen setzen is dedicated to exemplary voluntary commitment in the region. It is supported by the MainPost media group and the educational centre of the diocese of Würzburg, Lernwerk Volkersberg in Bad Brückenau (Bad Kissingen district). The campaign consists of a series in the newspaper and the Internet presence of the Media Group and five sponsorship awards. A total of 15 initiatives were presented this year. A jury selected five prize winners. This year’s guest of honour and godmother of the campaign is Teresa Enke, the chairwoman of the Robert Enke Foundation, who is committed to education about depression and prevention. The prizes were awarded on Friday at a festive evening at the Vogel Convention Center in Wuerzburg.

This year, the sponsorship prize of the Citizens’ Foundation of the VR-Bank Würzburg and surrounding area was awarded to the Hospital Museum in Aub (district of Wuerzburg). This sponsorship prize is 1500 Euro.

Also awarded was the Sponsorship Prize of the Evangelical-Lutheran Deanery of Wuerzburg for 1000 Euro. It is financed half by the deanery and half by a sub-foundation and goes to the Projet Jugendintegrationsbegleiter des Bezirksjugendring Unterfranken. The Mainpost sponsorship prize of 1000 euros goes to the Hofheim Repaircafé , where all kinds of damaged equipment is brought to new function. The Lernwerk Volkersberg awards its prize to the Bürgerdienst Theres (district of Hassberge). The prize is 500 Euro.

A detailed report follows in the Monday edition.