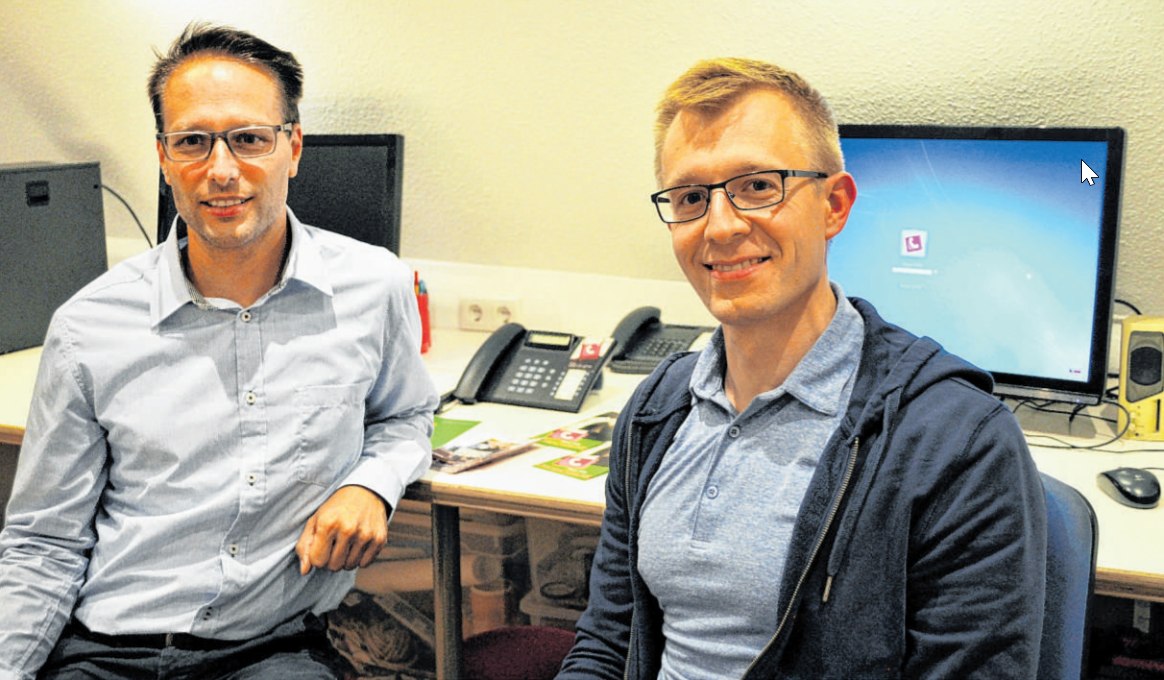 A white telephone receiver on a pink telephone key: this is the somewhat antiquated-looking logo of Rosa Hilfe Wuerzburg, founded more than 40 years ago under the roof of the gay and lesbian centre WuF e. V.

Nationwide, the Rosa Hilfe facilities in the respective cities offer qualified counselling on all aspects of the life of gay, bi- and transsexual men by gay men. In the 70s of the last century, when homosexuality was socially and politically outlawed in the prevailing moral concepts, this was certainly an important anchor for gays.

In the meantime, however, much has changed: Paragraph 175, which made sexual acts between persons of the male sex punishable, has been repealed, society has become more open, not only politicians and celebrities publicly acknowledge their homosexuality and thus act as media role models.

But even under these pleasant circumstances, Rosa Hilfe Wuerzburg is still frequently called upon, as Andy Hausknecht and Bjoern Soldner from the current nine-member consulting team assure. “The number of people seeking help is constantly oscillating between 350 and 400 per year.” Calls to the number (+49) 9 31 19 446, which is manned for two hours every Wednesday evening, have actually become relatively rare. But that’s because of the change in communication behavior: “Today, contact takes place primarily via e-mail, chats and WhatsApp. And, by arrangement, also in a personal conversation, whereby we of course also pay attention to discretion here”. The “We” of Andy Hausknecht and Bjoern Soldner includes all volunteer Rosa helpers, who listen, advise, inform and often pass on information. They are of different ages (from mid-20s to mid-40s), have different personal and professional experiences (some with psychological or socio-pedagogical training), come from different walks of life.

They share not only the experiences they have had as homosexual men themselves, but also the common demand for good counselling, which is ensured by joint further training and education on how to conduct discussions and on specialist topics.

Help from gays for gays, which makes it easier to establish contact. “And no matter with what request the people seeking help turn to us, we take every single one of them seriously,” the two emphasize.

What are the topics? The diversity is great and partly age-related, the focus has changed over the years, says Björn Soldner, who has been the contact person for six years.

Questions about coming out still play an important role – especially among men between the ages of mid-40 and mid-60, but hardly among teenagers and young adults, who tend to take less advice on this.

It is therefore not surprising that there is a desire for concrete tips and contact points in Würzburg: Where is something going on in the city or in the surrounding area? Where can you meet people? But the need for advice on health issues is also consistently high. “Basically, of course, we answer many questions about sexually transmitted diseases, take away fears and provide information material. However, we often also refer to further advice centres and cooperation partners as well as specialised medical and psychosocial services from the region. At present, we receive weekly enquiries about PrEP and its introduction as a health insurance service. PrEP stands for pre-exposure prophylaxis and refers to a drug that prevents HIV infection during unprotected sexual intercourse.

In addition to these counselling topics, Rosa Hilfe is also increasingly concerned with a phenomenon that has become more widespread in recent years: “Many of our older clients, especially from the rural areas of Lower Franconia, feel lonely and find it difficult to cope with the daily loneliness. They lack like-minded social contacts, personal interaction and social participation among their peers.

Also in these cases Rosa gives advice, tries to encourage and refers to events and other possibilities to get in contact depending on personal interest.

This requires a great deal of volunteer work in addition to the annual 500 hours of pure counselling sessions, which take place on Wednesdays in groups of three, the monthly team meetings and the regular further training courses. “But we don’t do service by the book and we always get positive feedback,” emphasize the Rosa helpers, who work as bridge builders and networkers to positively change the “gay image” in society and to sensitize other municipal and social institutions to “gay issues”.

Sometimes their social commitment is a burden, especially when it comes to hopeless refugee situations (sexual orientation is not a reason for asylum) or homophobic acts of violence. But at the end of the day, as Andy Hausknecht and Bjoern Soldner, who speak for the entire team, emphasize, “we feel that our voluntary work is a meaningful personal enrichment”.