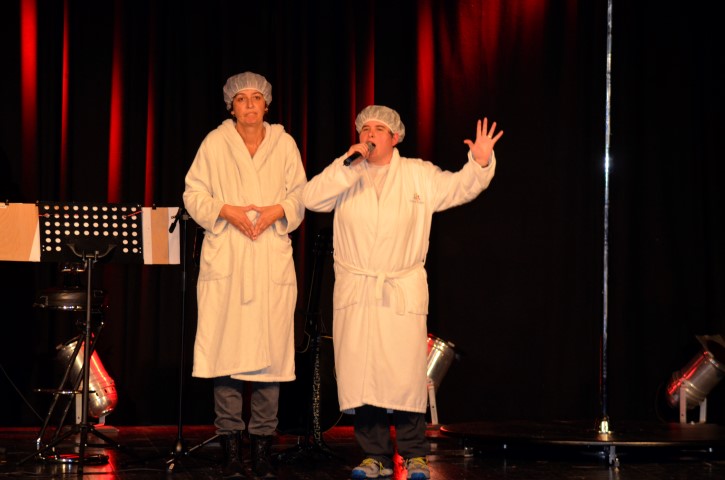 The traditional Rosa-Hilfe-Gala in the Bockshorn was again held in 2017 under the patronage of our Lord Mayor Christian Schuchardt .

As in the previous year, the former SPD city councillor Homaira Mansury moderated the evening in her usual charming and relaxed manner.

Performances by a wide variety of artists made for an entertaining evening. Birgit Süß and the Duo Sltsch! created a good atmosphere in the audience with their musical cabaret performances.
Johannes Wolf, who was nominated for the Grimme Online Award in 2016, entertained the audience with a story about how getting to know two gay men can happen in the digitalised world.
The boys and girls of Nobody Knowz showed their dancing skills including acrobatic interludes. The cabaret artist Alexander Georg travelled from Vienna to support the Rose Help Gala with his cabaret programme.
Musically, Sotto Voce, the choir of the gay and lesbian centre, provided a perfect conclusion.

The proceeds of the gala will be used for the training of the Rose-Hilfe consultants, so that the consulting competence of the consultants can be further increased.

The Mainpost was kind enough to document the evening in many great photos and to provide a photo series.

Here are a few impressions: